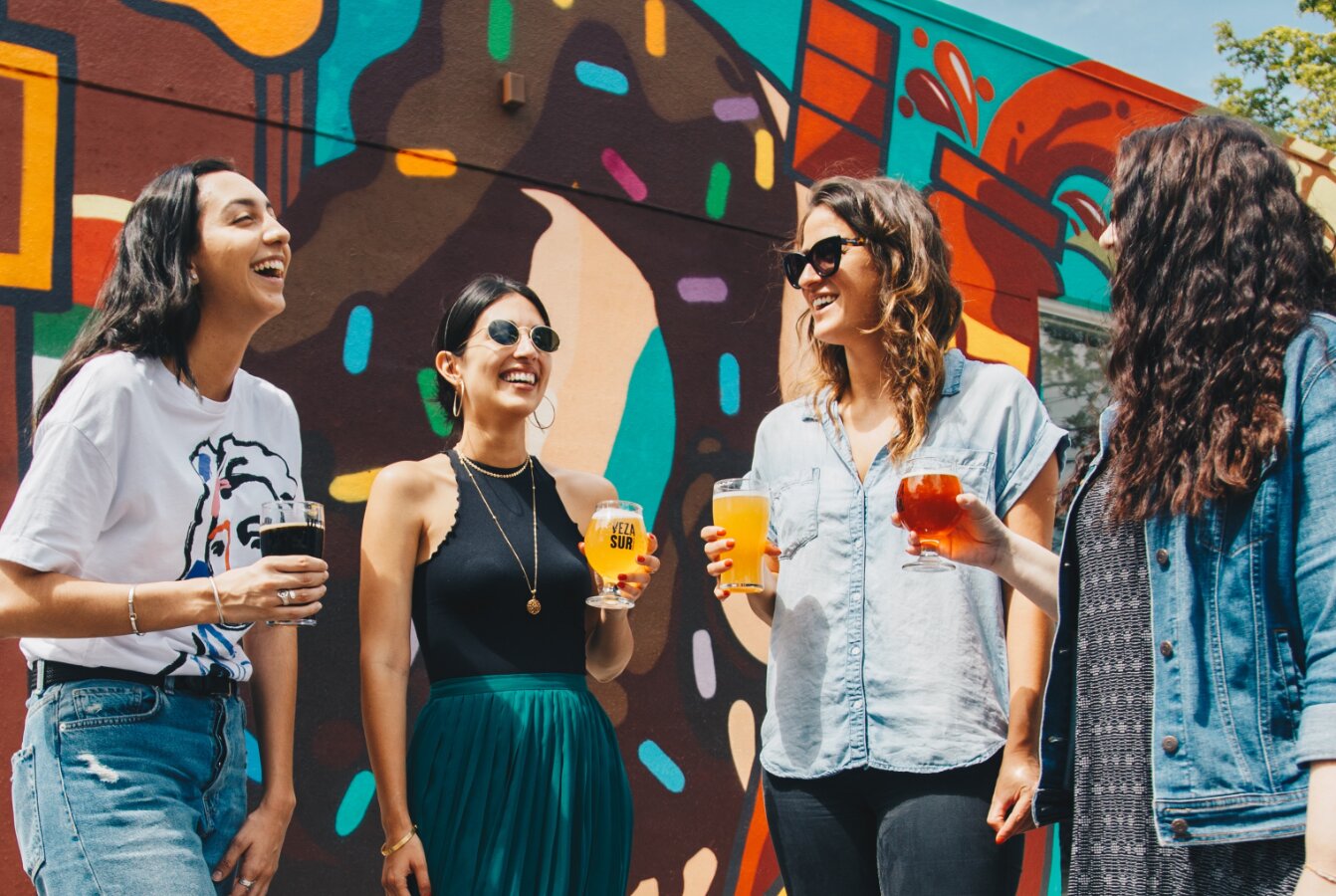 Steve Huxley, a Liverpudlian and long-time Barcelona resident, launched the Barcelona Brewing Company in 1993. He introduced the city to craft beer, but it was Judit Cartex, who helped establish Barcelona as Spain’s craft beer capital. She is just one of many women who are driving the beer scene there right now.

Beer has always been a part of her life. She grew up poor without even drinking  Coca-Cola. Sundays were a special treat when her mother and grandmother would crack open a litre bottle of beer in front of the TV to watch football.

Cartex learned her profession from Huxley and then established her own brewery. Steve opened her eyes to the possibilities of craft beer, not just in Barcelona but in the rest of Spain.

Covadonga Garca Pérez, 24, is another female brewers working in this traditionally male sector. She believes it’s a vocation rather than a job.

She brews at La Textil, a chic new brewpub in central Barcelona that also has a restaurant and music venue.

Cristina Fernández Romero works at Espiga, a brewery just outside of the city. She has recently worked with Garca Pérez at La Textil for a collaborative brewing project. Punto Violeta is the name of the beer, which is inspired by an initiative to offer secure public spaces for harassed women. The aim of the project is to show that women are embraced in the brewing world with open arms.

The two relocated in Barcelona from Asturias and Madrid, respectively. Whilst there are scenes all over Spain Barcelona is where there are most opportunities.

According to Fernández Romero, she developed an interest in brewing during her Erasmus year in the Czech Republic. She was stunned by the variety of beers available.

Fernández Romero was astounded that you could produce so many different varieties of beer with the same ingredients.

Quinia Pujol who is located a hundred miles from Barcelona, has taken things a step further. She produces beer with barley and hops she harvests on her farm in Almacelles.

Pujol just wanted to make beer that she wanted to drink. Everything she needed to brew is grown right there on her farm. She claimes to have the only such beer farm in Spain, and probably Europe.

About half of Pujol’s Lo Vilot beer is sold to bars in Barcelona. She doesn’t think women necessarily make different or better beer but believes men don’t want to acknowledge they don’t know something. Women, however, aren’t scared to ask questions and may end up learning more.

When it comes to misogyny, Cartex is typically frank. She has worked in construction, plays football, rides a motorcycle, and was a rock band drummer. These are all very macho worlds but adds that she has never  had an issue being a woman in the craft beer scene. She admits that she refuses to take any nonsense from anyone however.  For younger women entering the scene she admits it might not be the same.

Men, on the other hand, are happy to see more women in the industry, according to the young brewers who collaborate at La Textil.